Playing in the Sea

Opened in 1990, Osaka Aquarium (Osaka Kaiyūkan, literally ‘Ocean Play Center’) features some 30,000 specimens of aquatic life selected from the Ring of Fire, the area of heightened seismic activity encircling the Pacific Ocean. With six levels of displays combining to form a total water capacity of some 10,000 tonnes, Osaka Aquarium counts itself among the largest in the world.

The aquarium is entered through an 11 meter-long (36 ft) tunnel-like tank, which immerses visitors in a virtual aquatic sky, with tropical and subtropical fish and rays swimming overhead and all around. A five-story escalator then leads to a rooftop display of aquatic creatures from Japan’s forests, including giant salamanders and a cute pack of lively small-clawed otters.

Descending into the lower levels reveals California sea lions, sea otters from the Aleutian Islands, Antarctic king penguins, and Ecuadorian capybara neighbored by log-like pirarucu, giant freshwater fish that look as if their species once crossbred with crocodiles.

9 meters (29 ft 6 in) deep and visible across three separate floors, the gigantic Pacific Ocean tank forms the core of Osaka Aquarium. Holding close to 5,000 tonnes of water, the Pacific tank is home to two massive whale sharks, the largest being nearly 5 meters (16 ft) in length, perpetually accompanied by a school of smaller fish hiding underneath it. Be sure to stick around for feeding time—these gargantuan fish heave in water like a subsurface implosion!

In addition to a variety of mid-sized fish, sharks, and rays, the big tank also features an ocean sunfish, a stunning 3.13 meter (10 ft 3 in) manta ray, and the only Japanese devilray in captivity in the world. Orbiting secondary tanks display dolphins from the Tasman Sea, sea turtles from New Zealand’s Cook Strait, several beautiful vistas reproduced from the Great Barrier Reef, a brilliant presentation of eerie jellyfish from around Japan, and giant spider crabs from the local deep-sea trenches. While I was there, the spider crabs did indeed fight, though the immense water pressure seemed to limit the speed of their ninja skills. 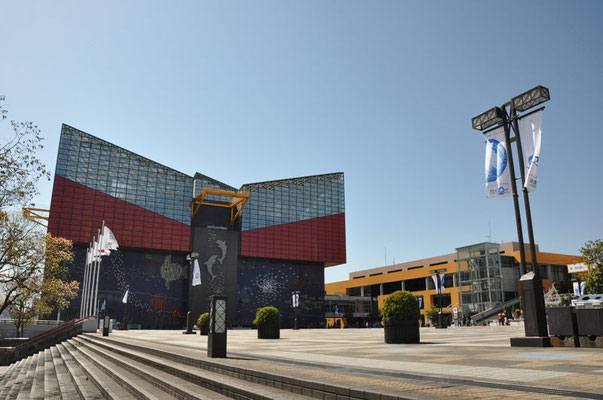 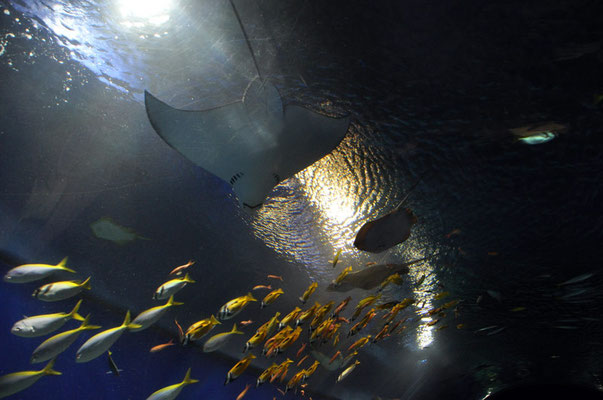 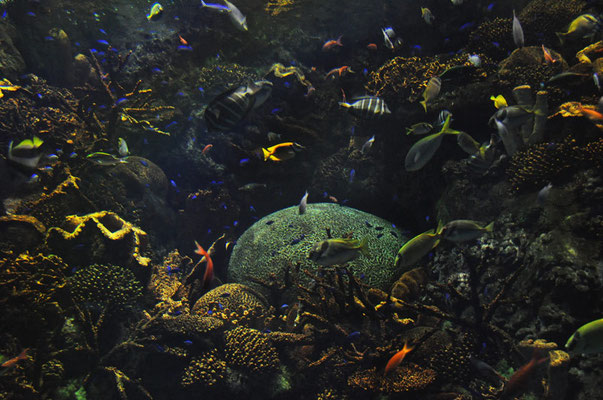 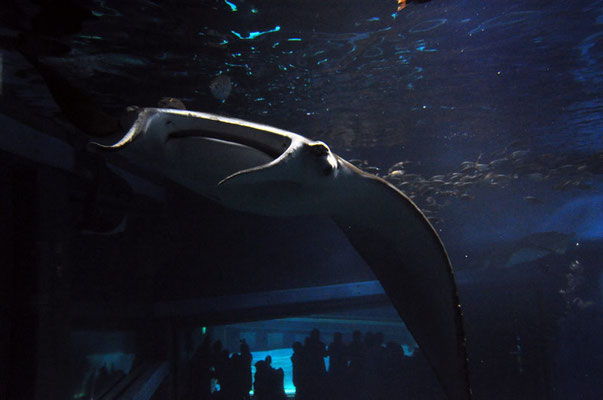 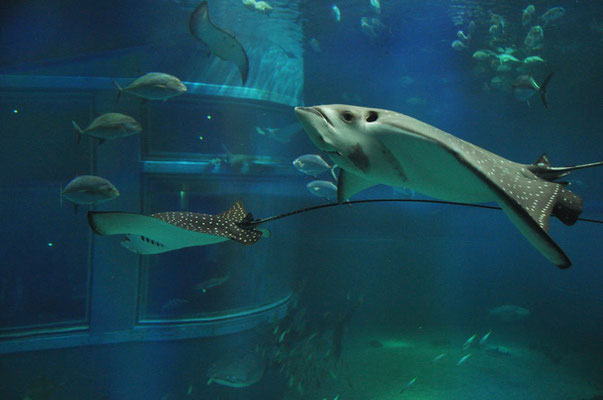 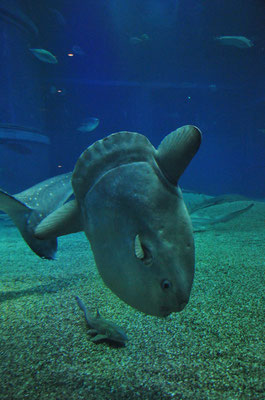 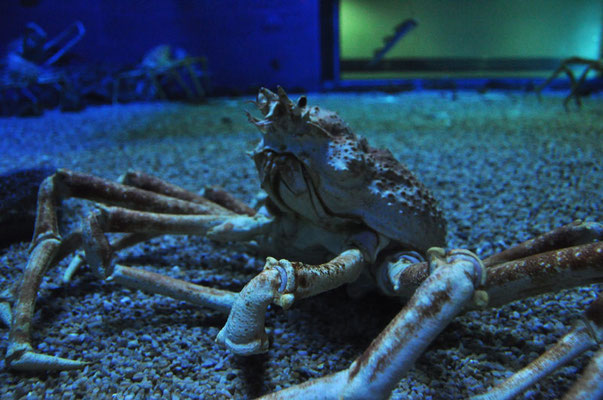 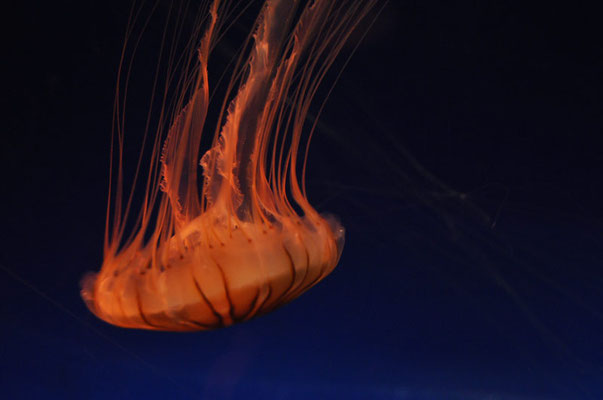 Be sure to pick up the English guide pamphlet, which offers basic information transcribed into delightfully misguided Engrish. The cover confidently advises visitors, ‘Ocean, You Meet Whale Shark.’ English guidance headphones are also available for ¥300.

For an additional ¥500, visitors can take a 75-minute guided tour revealing the behind-the-scenes operations of the aquarium, including a view of the top of the Pacific Ocean tank that is not available to regular visitors. The tour is offered only in Japanese, and reservations are required at least one day in advance (06-6576-5532).

Basic admission to the aquarium is ¥2000 for adults. Tourists may want to invest ¥2400 in an ‘Osaka Kaiyū Kippu,’ which grants unlimited use of the subway, tramline, and bus system for one day in addition to access to the aquarium, and can be acquired at ticket windows in Osaka city subway stations. The aquarium is a 5-minute walk from Osaka-ko Station on the Chūō subway line, about 30 minutes from Shin-Osaka Station. Situated next to a 112.5 meter (369 ft) Ferris wheel, the spot is hard to miss.

Hours of operation are from 10:00 a.m. to 8:00 p.m., with extended hours during Golden Week and the summer Obon period. Night tours are also available on selected dates, and an overnight camp is offered to children and their parents.