The nexus of Japanese history

Osaka Castle lies at the crux of an epoch, connecting every major player of the Azuchi-Momoyama Period (1568-1603) from Tokugawa Ieyasu to Miyamoto Musashi. The present-day castle is largely a reconstruction, but its story is nothing less than that of the unification of the nation.

Standing guard over the western approach to Kyoto, Osaka Castle was the most formidable fortress in all of Japan. Its lengthy construction began in 1583 at the command of Toyotomi Hideyoshi, one of the three daimyo who worked to unify the nation during the Sengoku (Warring States) Period beginning in the middle of the 15th century.

Toyotomi Hideyoshi had served under Oda Nobunaga, the first of Japan’s three unifiers, where he rose from the rank of sandal-bearer to that of general. In constructing Osaka Castle, Hideyoshi’s aspiration was to surpass Nobunaga’s Azuchi Castle, which had been designed not only as an impregnable fortress, but also as a palace that would impress and intimidate rivals with overwhelming opulence.

After Oda Nobunaga was betrayed and forced to commit seppuku in 1582, Toyotomi Hideyoshi went on to complete Japan’s unification at the Siege of Odawara in 1590, after which he engaged in two unsuccessful invasions of Korea. Hideyoshi passed away in 1598, just a year after moving into the newly-completed Osaka Castle, and ownership of the castle passed to his young son, Hideyori.

Before his death, Toyotomi Hideyoshi established a Council of Five Elders to govern the country until Hideyori was of age. The most powerful of these elders was Tokugawa Ieyasu. Ieyasu spent two years building alliances among daimyo who were discontented with Toyotomi rule, and then, in 1599, he led an army to take over Hideyori’s residence in Osaka Castle. 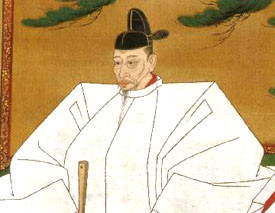 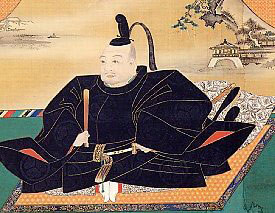 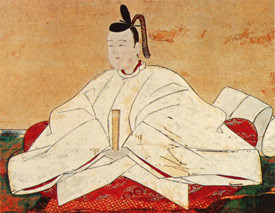 A year later, Ieyasu decisively defeated the remaining pro-Toyotomi forces in the Battle of Sekigahara. Eight-year-old Hideyori was allowed to keep Osaka Castle, but he was married to Ieyasu’s seven-year-old granddaughter, Senhime, in a bid to bring him under Tokugawa control.

Hideyori spent his youth in the castle practicing calligraphy. He also sponsored the reconstruction of Kyoto’s Hōkō-ji Temple, where his father had intended to erect a Daibutsu (Great Buddha) to surpass that of Nara. In 1614, Tokugawa Ieyasu interpreted—or more likely, intentionally misinterpreted—an inscription on the temple’s new bronze bell as a veiled threat against the shogunate, and used it as a casus belli. A large force of disenchanted samurai had already gathered in Osaka Castle under the assertion that Hideyori was the rightful ruler of Japan.

In November of 1614, though he had formally passed the title of shogun to his son Hidetada in 1605, Tokugawa Ieyasu led 164,000 men to begin the Siege of Osaka Castle. While Ieyasu was not able to breach the castle, Hideyori was finally forced to submit when cannons were brought to bear on the walls. Hideyori pledged never to rise in rebellion, and allowed the moat to be filled in, effectively neutralizing the castle’s strategic defenses.

Once Ieyasu’s armies left, Hideyori tried to halt the filling of the moat and gathered even more troops to the castle, attacking the shogun’s forces in the surrounding area and precipitating the Summer War (Natsu no Jin) of 1615. That June, Hideyori’s Western Army planned a hammer-and-anvil assault against the Eastern Army led by Tokugawa Hidetada: 55,000 men would attack the center of the shogun’s 155,000-strong army, while a second force of 16,500 would flank from the rear.

The Tokugawa forces included Date Masamune, the fearsome one-eyed founder of Sendai, while unmatched swordmaster Miyamoto Musashi is also said to have taken part in the battle, though it’s not clear on which side he fought. As a youth, Musashi is believed to have fought on the side of the pro-Toyotomi forces in the Battle of Sekigahara, but his growing fame and prosperity in the years after the Siege of Osaka Castle suggest that, for this battle, he was on the side of the Tokugawa.

Serious errors were made on both sides, but ultimately the hammer-and-anvil strategy failed, and by the time Hideyori sallied forth leading a small troop of reinforcements he was immediately chased back inside the castle. With the walls set ablaze and pounded by artillery fire, Hideyori and his mother committed seppuku.

In the aftermath, Hideyori’s grave was destroyed, his young son was executed, his daughter was exiled to a convent in Kamakura, and his father’s shrine in Kyoto, Toyokuni-jinja, was closed. Senhime was soon remarried in another political union. Tokugawa Ieyasu himself passed away a year later at the age of 75, but the Tokugawa clan would continue to rule Japan unopposed for another 250 years, while the Toyotomi bloodline was ended.

Osaka Castle became the base of the Tokugawa government’s power in western Japan, with Tokugawa Hidetada overseeing the castle’s redesign and reconstruction in 1620. The 20-m (66 ft) granite walls now seen standing there represent the same interlocking boulders that Hidetada had brought from quarries in the Seto Inland Sea in the 17th century. However, almost nothing of Toyotomi’s original castle remains.

Lightning strikes in the 1660s led to the destruction of the main tower and other damage, and the castle slowly fell into disrepair, only being properly restored in the 1840s. During the Boshin War of 1868-69, the last Tokugawa shogun, Yoshinobu, gathered his advisors to Osaka Castle with the promise of personally leading the pro-Tokugawa forces against the revolutionaries of the Meiji Restoration. However, Yoshinobu slipped away to Edo (now Tokyo) instead, and the castle was surrendered to pro-Imperial forces without a fight. The castle was burned to the ground on February 2, 1868, and the new Meiji government used the grounds as a barracks for Japan’s modernized military.

A successful fund-raising campaign enabled the restoration of Osaka Castle’s main tower in 1931, but it was damaged by bombing raids in 1945. The tower was extensively renovated in 1997, and now serves as an eight-story museum revealing level after level of samurai armor, castle construction techniques, poems by Toyotomi Hideyoshi, explanatory videos, and remarkably detailed folding screens illustrating every major force that participated in the Summer War. There is also a full-scale replica of the overwhelming gold-plated tea room where Toyotomi Hideyoshi preferred to impress his visitors, as well as models of the castle as it appeared under both Toyotomi and Tokugawa control.

The castle grounds are now known for cherry blossom viewing in the spring and a chrysanthemum festival in the fall, while the nocturnal illumination is quite elegant. The park is a popular sunny-day destination.

Osaka Castle is accessible from Osaka-jō Kōen Station on the JR West Osaka Loop Line. Entrance to the tower museum is ¥600, and free for children 15 and under.